The pitfalls of water potential measurements to schedule irrigation 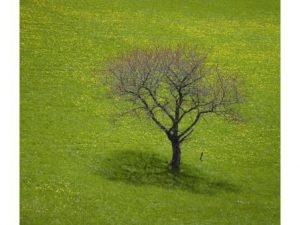 Water potential (Ψ) has been traditionally used to establish thresholds for irrigation scheduling. The underlying idea is that a change in Ψ induces a concomitant variation in transpiration (T). However, according to the catenary hypothesis, such relation is modulated by the global resistance of the system (R) (the soil-plant-atmosphere continuum, SPAC). These three terms Ψ, T, and R, are not linearly related. As a consequence, the analysis of the response of one of them when the other two change is not straightforward. To assist in the study of the relations between Ψ, T and R, a SPAC model with a multi-compartment solution was used. The model was previously validated for olive and almond trees under different levels of water stress, allowing the modification of R through changes in the leaf-root area relations. It also permits mimicking iso or anisohydric behavior by changing the relation between stomatal conductance and water potential. The analysis performed with the model consisted in the simulation of T and Ψ from field capacity to permanent wilting point, changing R in an isohydric and in an anisohydric plant.  To modify R, the ratio of leaf area and root area (LA:RA) was changed simulating a pruning event, while the weather and soil (texture and depth) conditions were kept constant. The simulation results show that there are as many relations between Ψ and T as LA:RA combinations for iso or anisohydric behaviors. In fact, Ψ varied at field capacity or permanent wilting point for the different LA:RA ratios. The results indicate that the Ψ threshold for irrigation obtained in one experiment may only be applied to other sites if R is the same; otherwise, the Ψ-T relation will be different and hence the irrigation threshold.